Did you know the happiest developers live in the UK ? 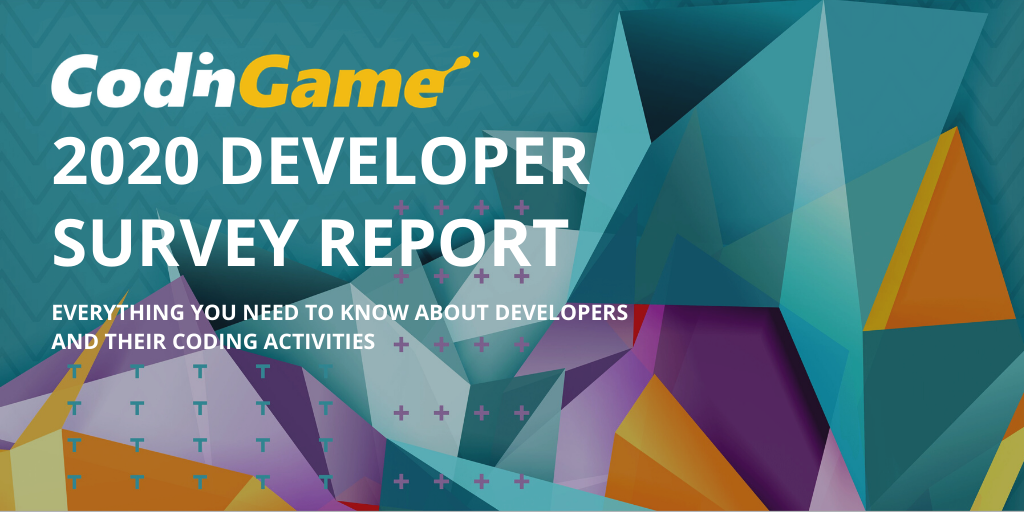 1 in 3 developers consider themselves self-taught

The profession of developer and its apprenticeship is currently undergoing a profound change. Like Elon Musk or Mark Zuckerberg who have learnt to code on their own when they were only in middle school, more and more developers master coding without having to learn the necessary skills in a classroom.

According to the CodinGame 2020 survey, 1 in 3 respondents declare that they are self-taught developers and have learnt to code on their own, mainly using free resources such as tutorials, books, YouTube etc.

Nevertheless, it must be noted that 58.2% of the interviewed developers have been taught to code in school or at university to refine their knowledge.

Machine Learning and Artificial Intelligence are in pole position

CodinGame, created in 2014 in Montpellier, has become a reference in the programming world. The platform, who’s access remains free of charge for all developers, offers to improve their coding skills and acquire further expertise. Every year, the company interviews its growing community on the skills that they wish to improve for the upcoming year.

Once again, Machine Learning and Artificial Intelligence claim top spot in the ranking: 49.2% of the consulted developers wish to learn more about these technologies in 2020 versus 48.7% for 2019. Video game development and web development come in second and third position.

The happiest developers live in the UK

In this last survey, CodinGame asked developers how much they liked their job from a scale to 1 to 10. 66.4% of the interviewees gave a grade between 7 and 10, revealing that developers are, overall, happy in their place of work.

Developers from all over the world participated in this enquiry. The most represented countries are: France, the United States, India, Germany, Russia, the United Kingdom, Ukraine and Canada. So in which countries do developers feel the most “fulfilled”?

CodinGame established a ranking of the top ten countries according to the results of the survey: the United Kingdom arrives in first position, followed by Canada and then the United States. France, for its part, ranks 6th with an average score of 6.97/10.