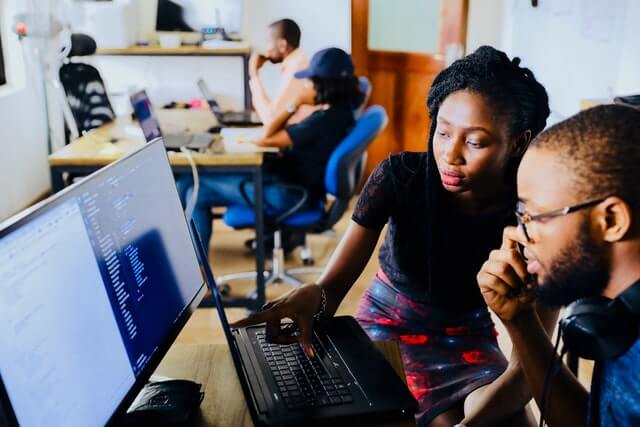 London, 10 November 2020 — The most future proof career switch that allows post-pandemic jobseekers to climb back up the pay scale quickest has been identified as software developer, research reveals.

This is the profession that offers the shortest route to the best salary but is least likely to be taken on by a robotics revolution over the next half century, and best placed to benefit from a working-from-home revolution, according to analysis by developer recruitment platform CodinGame.

Becoming a developer was only beaten in the rankings by the legacy professions of bus and HGV driver, which are under threat from advances in driverless vehicle technology and won’t appeal to people who want the flexibility of working from home.

CodinGame researched the average salaries of over 50 core careers1 and then ranked them according to how financially rewarding they are in relation to the length of time it takes to retrain.

Software development is one of the most popular second career choices for a host of reasons. It can take as little as 15 weeks to reach the point that you can start applying for jobs.

The number of job opportunities in this sector are extensive, and likely to continue increasing in the future. Every company in every sector relies on software developers, even if they aren’t employed in-house. In fact, there’s more demand for software developers than any other  profession, according to recruitment company Michael Page.

Age and previous experience are not barriers to retraining to be a coder, and you can work from anywhere in the world as long as you have an internet connection. It’s not expensive either — anyone can learn to code using free online courses and videos before sharpening those skills on platforms like CodinGame.

“The world is your oyster when it comes to retraining but some professions get you back up the income scale quicker than others.

“It’s telling that software developer ranks highest among those professions that are most future proof. Switching to a career in coding is incredibly popular already, because there are so few barriers to entry, it’s cheap and quick to learn, and it’s a job that offers unrivalled flexibility.

“Coronavirus has been the catalyst for a working-from-home revolution, and careers that allow people to choose where they work, such as coding, are going to benefit from this cultural shift we’re seeing.

“The pandemic is going to force many people out of their jobs, and give others yearning to do something different, pause for thought. It’s never too late to retrain.

List of 50 ‘career-change’ professions, ranked by time to retrain vs average salary