95% of developers would embrace a hybrid working model 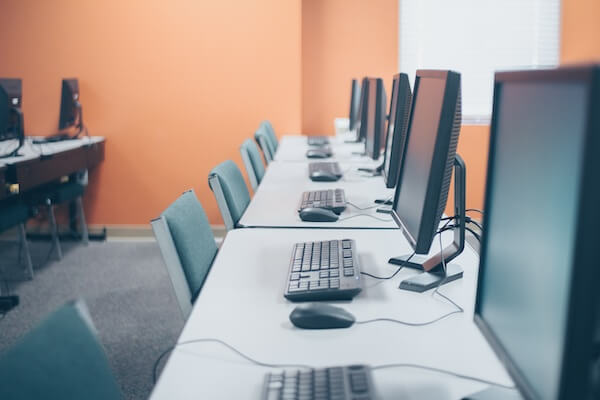 London, 17th May 2021 — The majority of tech workers would prefer to split work between the office and home, according to a survey conducted by developer recruitment platform CodinGame.

A poll of more than 15,000 developers on the CodinGame platform revealed that 95% would embrace a hybrid working model, where they worked remotely some of the time.

However, only 23% of those developers surveyed said they would want to work remotely full-time, preferring to go into the office for part of the week.

This suggests that most developers are not keen on the idea of losing the social benefits of the office culture or the collaborative benefits of working closely as a team on site.

Just under half (43%) of respondents said the winning formula for hybrid working would be 2-3 remote working days per week.

Currently people who can work from home are advised to do so, but this is expected to change next month when social distancing restrictions are lifted by the government.

CodinGame also asked tech recruiters if developers would be offered remote working as an option and the majority said they would.

Just over half (53%) of recruiters said they already offered flexible working, while nearly half said 100% remote working would be considered if requested.

At a time when skilled developers are in high demand, offering 100% remote working would allow companies to tap into a much deeper pool of tech talent, considering developers who are based overseas and aren’t interested in relocating.

Although, when CodinGame asked developers if they would be open to moving to another country for a job opening, 44% said they would.

With the pandemic continuing to restrict movement between countries, remote developer recruitment platforms such as CodinGame for Work, have become a go-to solution for companies looking to hire programmers.

These platforms allow businesses to dematerialize all stages of the recruitment process, especially the screening phase and the technical interview, with automated testing sessions followed by “live-coding” discussions.

“The hybrid business model is likely to become increasingly popular in a post-pandemic world, and companies may feel they need to move to this way of working if they are going to retain and attract talented staff in the future.

“That is clearly the case when it comes to hiring and retaining tech talent. With the majority of those developers we polled preferring to have the option of being able to work remotely part of the week, companies may struggle to attract and hold onto the best developers if they don’t offer flexible working.

“However, companies should also look at the remote working revolution as an opportunity to address the tech talent shortage in the UK. This strategy requires them to equip themselves with the appropriate remote recruitment tools to identify the right developer profiles.

“With high demand for skilled and experienced developers, having the infrastructure in place to manage a remote team could allow companies to tap into a much deeper pool of tech talent and hire developers based overseas to fill key positions.”