How Amadeus Organized an Internal Hackathon to Delight Their Tech Teams 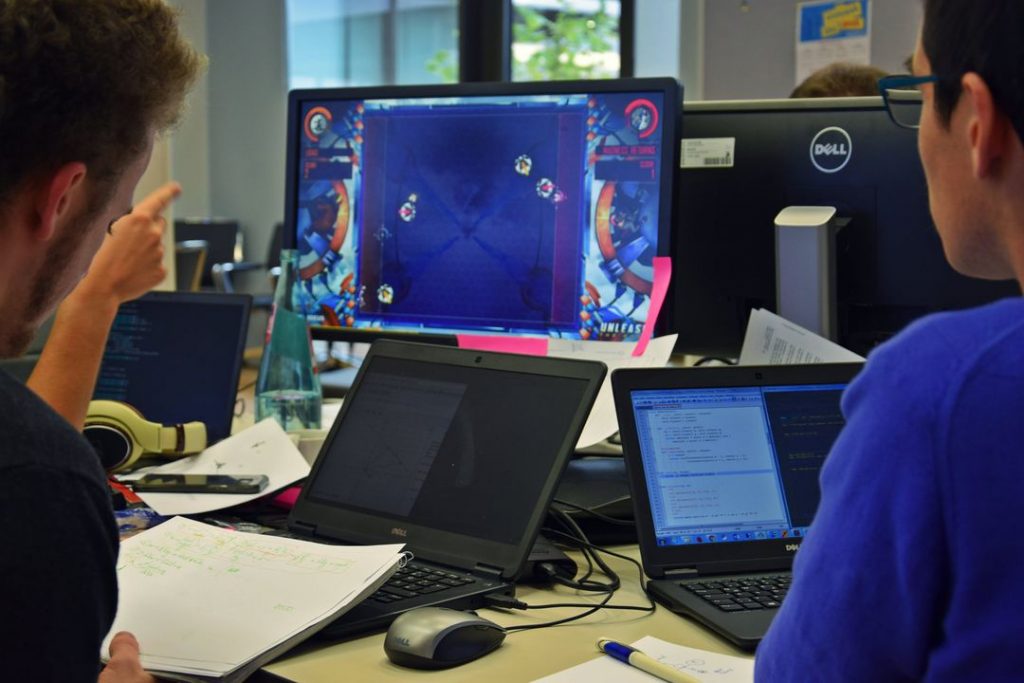 When Hugo Questroy first approached CodinGame three years ago, he mentioned that his workplace, Amadeus, would like to do “something fun” for their developers.

After some back and forth, we realized that “fun” was an understatement. It was disruptive.

He wasn’t talking about another team-building bowling session. Amadeus wanted a coding event that would showcase them as a great company to work for as a developer.

Based just outside of glamorous Nice in the south of France, Hugo is the Senior Manager of Unified Software Development Resources at Amadeus, a leading technology company dedicated to the global travel industry.

This is the story of how Hugo’s team at Amadeus organized an internal hackathon – aka a hacking competition – to delight the tech teams and show how much Amadeus devs are appreciated, no matter where they are in the world.

Working for a large company like Amadeus, that grew through several acquisitions and is now present in 190+ countries, employing over 14 000 people, Hugo recognizes how hard it is for all employees to feel like they’re working for the same company, in the same direction. This is especially true when dev teams from different countries have varying tasks on diverse projects. As a negative side effect, some developers’ roles are perceived less important than they actually are.

Given that the success of the company heavily relies on the engagement of its highly skilled and passionate developers, Hugo and his team wanted to organize an event that would bring their dev teams together – one that would showcase their ability to innovate, regardless of where they’re located, and show that they’re all equally important.

The biggest challenge was, how could they organize a team-building event for 120+ dev teams scattered in 10+ locations around the world, operating in different time zones?

The solution: an online game-based Hackathon

We decided to organize an online game-based hackathon, aka a “programming competition” which happens 100% online. As per Wikipedia, “a hackathon is a design sprint-like event in which computer programmers and others involved in software development collaborate intensively on software projects”.

However, Hugo and his team didn’t want just another hackathon. Hackathons have a somewhat bad rep amongst devs. Since the final goal is to create usable software that can be commercialized, many developers consider hackathons as cheap R&D – events where they produce new ideas (and a product!) in a short time period without a company spending too much money. Furthermore, only the winning team is awarded a prize. How fair is that to the other tech teams who also worked hard?!

Cue CodinGame: we provide only fun hacking competitions. The biggest difference between a CodinGame hacking competition and a normal hackathon is that we don’t expect devs to produce a deliverable. They can, however, create an AI just for the fun of it. They can also choose which programming language they want to play in.

This is exactly what Hugo and his company had in mind. They wanted a programming contest that their developers would love, a hacking competition that had nothing to do with work. This way, their dev teams wouldn’t feel like they were still working. They’d be able to let loose and have fun.

Hugo was familiar with the creativity of CodinGame developers to come up with engaging games. He also knew that some of their developers already used the CodinGame platform to hone their skills. Because of the platform’s gamified nature, devs have a lot of fun learning. Since the brand is already well-received by many devs in the company, it was a no-brainer that a hacking competition organized with CodinGame would be a hit with the tech teams.

The two-day hacking competition, Unleash the Geek, was born. The aim was to craft an original Artificial Intelligence programming game. Amadeus developers around the globe would be able to play together during their respective office hours.

On the first day, each location had its set of business hours to play. On the second day, we organized a final rush of two hours to let everyone play at the same time (i.e., some people woke up early while others went to bed uber late).

After 166,000 code battles played and a dozen of hours of coding fun, prizes were awarded to the three teams who presented the smartest AI.

The preparation for the event involved stakeholders at a company-wide scale. Weekly workshops were held with CodinGame for game design, art direction and development. At the same time, a global coordination team at Amadeus was in charge of managing internal logistics and animation.

“Communication was outstanding with CodinGame at every stage of the project.”

The coding competition was such a success that Amadeus decided to make it a yearly event.

Unleash the Geek is now in its 4th year with 420+ players and 120+ teams taking part in the competition.

The game-based hackathon has become a can’t miss-event for all developers in the company. It brings together Amadeus’ tech teams from around the globe on 15+ locations (in 10 different time zones) such as Sydney, Bangalore, Boston, and Nice. In doing so, all devs have a chance to showcase their creativity, as well as give their jobs more visibility within the company.

Watch the video of the latest edition here.

“Our internal hackathon is an ambitious project which involves the whole company, including top management. Overall, the hackathon is a tremendous success. CodinGame really contributes to making our developers happy.”

With 99% of participants saying that they’d like to participate in the next edition, it’s no wonder that Amadeus has been organizing a hacking competition for the last three years in a row.

Thinking of your next dev team-building event? Let’s make it a hit! Launch your own hacking competition now.