Ilke works as an iOS developer in Istanbul. Prior to becoming a developer, she was a technical business development manager for tech companies.

She made the switch to software development 8 years ago and has never regretted it since. She explains how she became self-taught, starting from scratch until she got her first job.

She also tells us what it’s like to be a woman in tech today and how far we still have to go for women to feel fully integrated.

On the occasion of Women’s History Month, this article is the third one of a series of interviews which highlights the exemplary career paths of women developers in our community. Check out the other articles: 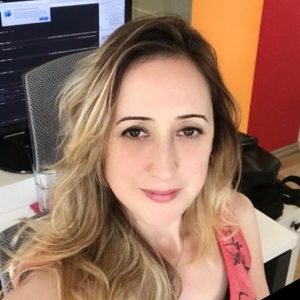 Hi Ilke, can you introduce yourself?

When I was a kid, I had a Commodore 64 and an Amiga 500 and I loved them. I couldn’t stop looking at the code on the screen, trying to understand it. At that point, I realized I wanted to become a software developer.

I have been working in the Information Technology industry since 2005. After working as technical business development manager and project manager in different tech companies, I decided to become a mobile developer in 2014 and undertook professional training in the field of iOS development.

What type of education/training did you have?

I have a degree in Management Information Systems, and I am now studying for a master’s degree in Computer Engineering/Information Technology.

I was still at university when I was working as a Junior iOS developer.

Where did you learn to code?

I’m a completely self-taught developer! When I decided to work as an iOS developer, I quit my job and started an iOS crash course.

I started to the fundamentals of programming but then I quickly focused on OOP (Object-Oriented Programming). In particular, I used a lot of the Apple resources available for the Swift language.

As a beginner, I always made sure to apply in real life what I had learned in the tutorials. I kept up with Swift and iOS development through podcasts, YouTube, Medium, and Twitter. Of course, the WWDC (Apple Worldwide Developers Conference) videos were also very helpful. And my developer friends on Twitter were always there to support me.

How did you land your first job?

I landed my first job by preparing a Github portfolio and added all the projects I had worked on.

I also learned how to upload apps to the App Store and reported to my employer that I knew how to do it on my own.

How did you find the recruiting experience?

I couldn’t avoid taking online assessment tests, as most employers consider these to be the best way to measure technical skills. Of course, hard skills are very important, but the team also plays an important role in balancing everyone’s expertise. Teamwork allows you to discuss views and constantly improve your know-how.

To me, asking developers to do a code review is the most efficient way to assess their level of proficiency.

From my own experience, I can say that soft skills and communication play a significant role in the success of a project. Openness, collaboration, and great communication within the team and with other departments are essential for a project to succeed.

What do you particularly love about being a developer?

I am very enthusiastic and curious about technology and development. I like to be involved in a project, from its conception to the creation of an actual product that people can use to make their daily work easier.

My greatest strength is being a hardworker and a good problem solver.

What is it like to be a woman in the tech sector today?

I find that being a woman in technology is a very positive experience. I feel like I can bring a specific set of problem-solving skills to the table, as well as an ability to be completely dedicated to the projects I work on.

To me, women can also bring a different perspective to a project, approaching it differently than male colleagues.

However, that’s not to say that I haven’t found drawbacks to being a woman in the technology sector.

For example, when I worked as a team leader, I had teammates who felt the need to constantly justify themselves in one-on-one meetings and code reviews. I sometimes had a hard time explaining to them that code reviews are not personal.

One day, a male colleague of mine told me that he had never done a code review with a woman before and found it distressing. He said that while it seemed normal to hear similar comments from a man, he felt a little uncomfortable receiving the same comments from a woman. Eventually, we worked through this situation by discussing it openly.

Why do you personally think there are so few female developers?

From my own experience, I think the work/life balance can be a little daunting.

When struggling with technical problems, women developers may feel uncomfortable asking for help. As women, we have to constantly prove that we are just as capable as men and we have no room for error.

Finally, if the team is predominantly male, women may find it difficult to fully feel part of the team.

What could the tech sector be doing better to encourage more women to pursue a career as a developer?

The tech sector needs to undergo fundamental changes. Women are intellectually capable of pursuing a career in software development, but are too often pushed into support and testing roles.

Women need to know that they have a voice that must be heard. Everyone’s ideas, perspectives, and suggestions for solutions should be equally valued. In the tech industry, there’s still a lot of work to be done. 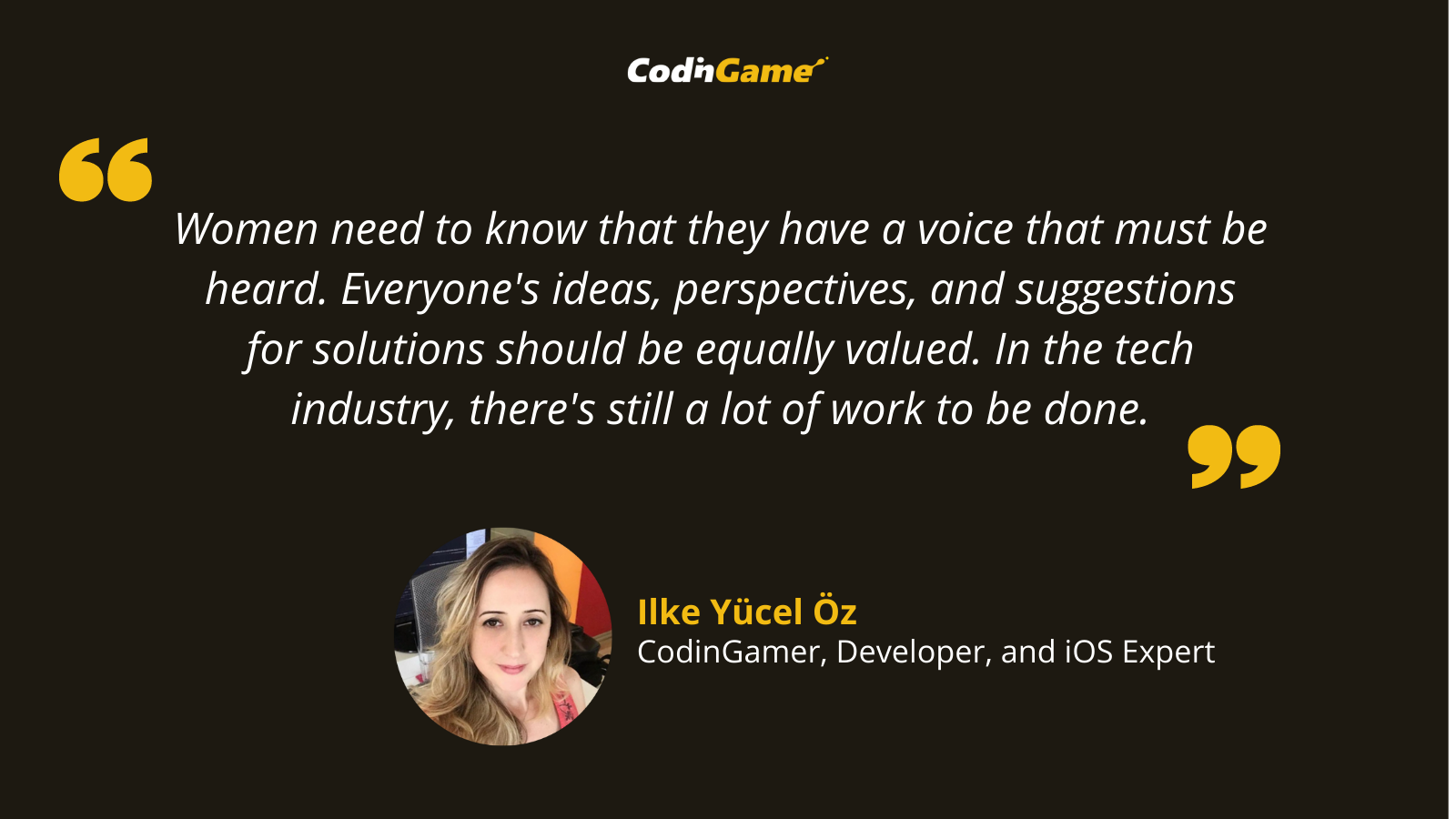 Thank you so much Ilke for this meaninful testimony.

We are aware that there is still a long way to go for women to be fully comfortable in the tech professions, but expressing how you feel is already an important part of the journey.

Are you a company bold enough to hire more female developers? You’re welcome! Check out our tech hiring platform CodinGame for Work to source, screen, and hire talented developers who have diverse and amazing backgrounds.