This article is the last of a series regarding the birth of the platform Tech.io. Check out the rest of the story:

Sometimes you throw yourself into something without really understanding what made you do it. You only know that you have to do it because you can’t not do it. There is nothing rational about it; it’s like an overwhelming need for freedom mixed with the desire to live up to your own values. That is how we started our CodinGame adventure.

I Know How to Program; I’m Going to Work!

I’ve always believed that being a good developer is a matter of passion, not a matter of education. If you’ve studied IT, there’s a chance that in college (and in the years following as well), you’ve come across a good number of colleagues who became developers “by default” or simply out of professional expediency. I’m not judging — there are a fair amount of those; it’s just a fact. On the other hand, I’ve come across the exact opposite: those with passion and intelligence that are good — even very good — without any formal education.

In 1996, to my parents’ dismay, I decided not to go to college after earning my high school diploma because I didn’t want to wait 5 years to pursue my passion of working in software development. To be honest, there was also another reason: I’ve never been a very good student, and the idea of being trapped in lecture halls while slogging through a degree really worried me.

Fail. One year later, after many tries, I had to face the facts: without any diploma, I wouldn’t be able to get any job, not even an internship.

I went back to school and 5 years later I got the passport to my future: my engineering degree.

I believe that throwing yourself into an entrepreneurial adventure is sometimes a way to alleviate your frustrations; in any case, that’s what happened here. I felt a visceral need to find a solution to a feeling of injustice. I had the ambition to bring recruiting back to a meritocratic model: fair and based on skill.

Step Up Your Coding Game

Codingame was built on this idea, with the intent of giving everyone an equal opportunity to become a developer, no matter the education, background, or origin.

We needed to move forward with something better looking and more fun, and transition from an event-based format to a platform format.

When you compare the first version of the site from 2013 with today’s, they are nothing alike! A short time after launching the site, we became the first to organize 100% online multiplayer, multi-language AI games. From that moment on, we radically distinguished ourselves from competing platforms. Starting at the beginning of 2015, we gained more and more traction and the counters began skyrocketing.

Nowadays, the platform offers more than 50 engaging programming puzzles and games of various difficulty, plus many more puzzles crafted by the community. Every month, we count around 5 million clicks on the “Play My Code” button.

I’m very proud of what we created with CodinGame: the puzzles and games are an effective way to hone one’s skills and concretely apply a wide variety of algorithms. Still, I feel that they don’t help you enough to discover, understand, and learn these notorious algorithms. It’s all well and good to be presented with a complex problem, but you still need to know where to even start.

A year ago, our team started thinking about these questions: how do we help those who get stuck on CodinGame? Being a developer is not just about knowing algorithms, so how do we expand CodinGame to other topics such as the specifics of programming languages, frameworks, and APIs? Which media would allow this future database of knowledge always to remain free and open, like CodinGame?

With these questions in mind, a new idea took shape. We started to imagine it as the last piece of work that the platform was missing. We envisioned a new “Learn” section which would nicely fit the platform purpose and complete the other existing sections. After months of work, it finally resulted in a way more ambitious project: a new knowledge-sharing platform for technology, Tech.io. 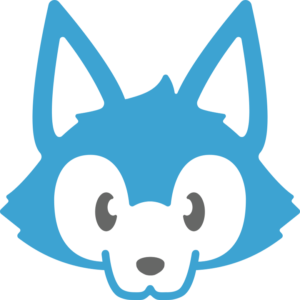 I am personally convinced that it will be a resounding success, provided the community latches on. As learning programming and keeping up to date with the latest tech trends becomes more and more necessary, we’ll make it accessible to anyone.

Where Is CodinGame Headed?

To cut to the chase: CodinGame does not stop where Tech.io begins.

I believe that the two platforms will become very complementary and will help developers around the world practice and learn. For example, the core architecture of Tech.io will allow us to add any programming language to CodinGame. Each platform will benefit from the other, as they actually share the same overall philosophy and purpose: one through gaming, one through micro-learning.

Also, I truly believe that the best asset of the programming world today is its community. You, as a whole, have the knowledge. Not me, nor the CodinGame team. We are just a catalyst. On Tech.io, we’re giving you the power to craft interactive content on any technology and become relevant actors in the programming world. We intend to give you more power on CodinGame, too.

Today, you may be an author, a moderator of puzzles and other games, or just someone who enjoys solving them. We are going to gradually open up the platform in order to give you more power to create, organize, and define the calendar of contests. We will continue to create public online competitions for some of our sponsors (i.e., Roche, Warner Bros., Parrot, Winamax, etc.), but the future of the programming contests will be in your hands. I’m really excited and impatient to see what Magus, reCurse, Agade and pb4 will craft for the first community contest (no pressure ;p).

What I want more than anything is for us to move forward and write the future of the CodinGame adventure together. Let’s keep coding!