Have you ever tried to stream?

Probably video games. I bet very few have tried to stream programming. “Stream while I code? What a weird idea!” Two weeks ago, I had the pleasure of talking with Mary Greenstone. She happens to be CodinGame’s number 1 streamer on the Twitch channel, the Weirdlings. She’s truly inspiring.

[Thibaud] — I have tried streaming myself (video games), and I thought it was really difficult. You kind of feel a constant urge to entertain your viewers.

[Mary] — Well, at the beginning you don’t have so many viewers (laughs). I started by streaming games. You need to know how to externalize your excitement and what you feel. That’s what I tried to teach myself at the beginning: not to keep my thoughts internally.

Speaking is actually easier for programming because you really have to explain what you’re doing, as it’s less visual than video games.

I was really nervous about streaming programming at the beginning. You know, Internet can be really cruel…

But I’m really happy now; the community has been really helpful and friendly. I stream coding about 4 hours a week now and there are people who show up every week.

[Thibaud] — Why did you want to stream coding?

[Mary] — I didn’t know at all what was programming when I got into it, at the age of 22. Since then I have enjoyed it so much. I think I would have liked to have someone introduce and guide me into this world. “This is the thing that people do for a day job.” I started doing media because I wanted to be a woman who teaches people how to code. I wanted to bring others who may have not felt it was for them into the space. 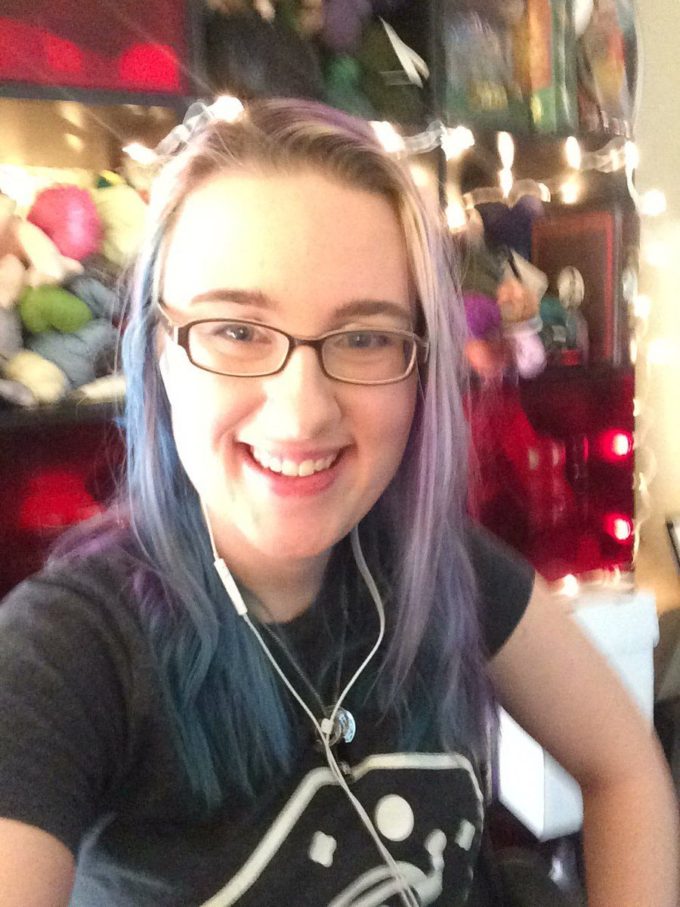 [Thibaud] — You want to make programming more accessible for those who don’t know about it.

[Mary] — I think people should be exposed to programming in general. Everybody would benefit from knowing basics in programming and scripting because it teaches you basic problem solving and logic skills. Also because we’re surrounded by it. Something goes wrong with your phone, here are the steps to try to make it better. It’s the scientific method in practice. I’m not looking to build a world of web developers, but it would be nice to build a world of technology-competent people.

[Thibaud] — How do you get people into programming?

[Mary] — I’ve got two ways to approach my viewers.

If they don’t know anything about programming and show up on the stream, I tell them they don’t have to learn anything. I explain what I’m doing, what is going through my mind, and I offer to answer any question. If they stay, it means they secretly want to learn something. If they hear one thing, maybe it connects with them and it sparks the interest.

For the others who know about coding, it’s more about providing a safe space to talk about the code we’re working on but also other things like ethics or empathy.

Some come and say “OMG, it’s a girl coding!” I try to defuse that situation by being open, honest and not offended. Yes, I’m a person who likes code!

[Thibaud] — You’re playing almost exclusively Clash of Code (CoC) on streams. I guess it’s an opportunity to play with your viewers.

[Mary] — Yes that’s a good point. Another reason why CoC really speaks to me is that I can pick timeframes and control the flow of my stream really easily. Even now that we cannot choose the length of a clash anymore, I know that I have maximum 5 minutes waiting for the game to fill up and then 15 minutes max for coding. Even if I finish earlier, I take the opportunity to discuss and share the solutions with other players. I like the fact that it’s a small problem on which I can work with almost everybody. I can tell my viewers, “Hey, if you’re new to this, the worst thing that can happen is that you lose 15 minutes of your time.”

[Thibaud] — You were playing with your teammates at work at some point.

[Mary] — Yes, they loved it. I’m going to work remotely at the end of the year; I think CoC is going to be a great way to reconnect with my teammates. It will be great for team-building. I do want to bring it back. It’s like my cup of coffee. It kind of just sets your brain on fire. You wake up your brain doing exercises. It feels really good.

[Mary] — It was my first contest, indeed. What brought me in was the number of programming languages available, even in 2012. I was like, “I’m going to do a coding competition. Sure! What’s this?” I was so nervous. I had no clue what to expect. But I did ok! It was fun, and I love the movie, “V for Vendetta,” it’s just great. I was impressed by the visuals. I thought that it’s a cool way to represent what I was doing. It made a huge difference. When I started programming on stream, I specifically looked for problems that had visual effects.

[Thibaud] — Last question: you went to Grace Hopper Celebration of women in computing conference, and you seemed to be really excited. How did it go?

[Mary] — It was a big dream, and I’m glad I had the opportunity. It was not what I expected, though. I was expecting a tech conference and it felt more like a leadership conference. I thought it would be a unique experience to be in a heavily tech-minded conference focused on getting women there. The best part of it is that I got to meet a lot of amazing senior women doing really interesting stuff. It was nice, because until then I hadn’t met women with that duration of experience.

I’ll definitely tell my sister to go. She recently decided to switch her degree to CS. She watched me code, then took a class and fell in love with it. I’m really happy about it. Grace Hopper conference is a great place to go if you’re senior (experienced) and looking to change the industry or you’re junior (inexperienced) and looking for a job. I’m just in the middle.

Thank you, Mary, for taking the time to talk with me!