It’s been three years now since Clash of Code has been released as a new way to have fun while programming. Clash of Code is a multiplayer mode where you can challenge your friends in short real-time coding battles. Here below is everything you should know about this mode.

Clash of Code, in Short

The maximum time allowed for a Clash is 15 minutes, but most of them can be finished in under 5 minutes. It’s not rare to end a Clash in less than a minute. Perfect for a quick pause at work!

Some advice to get better at Clash of Code:

3 Types of Clash of Code

When you start a clash, the type of clash is chosen randomly between these three types:

*As with every game on CodinGame, after you submit your code, only validators (test cases very close to the IDE test cases) count. 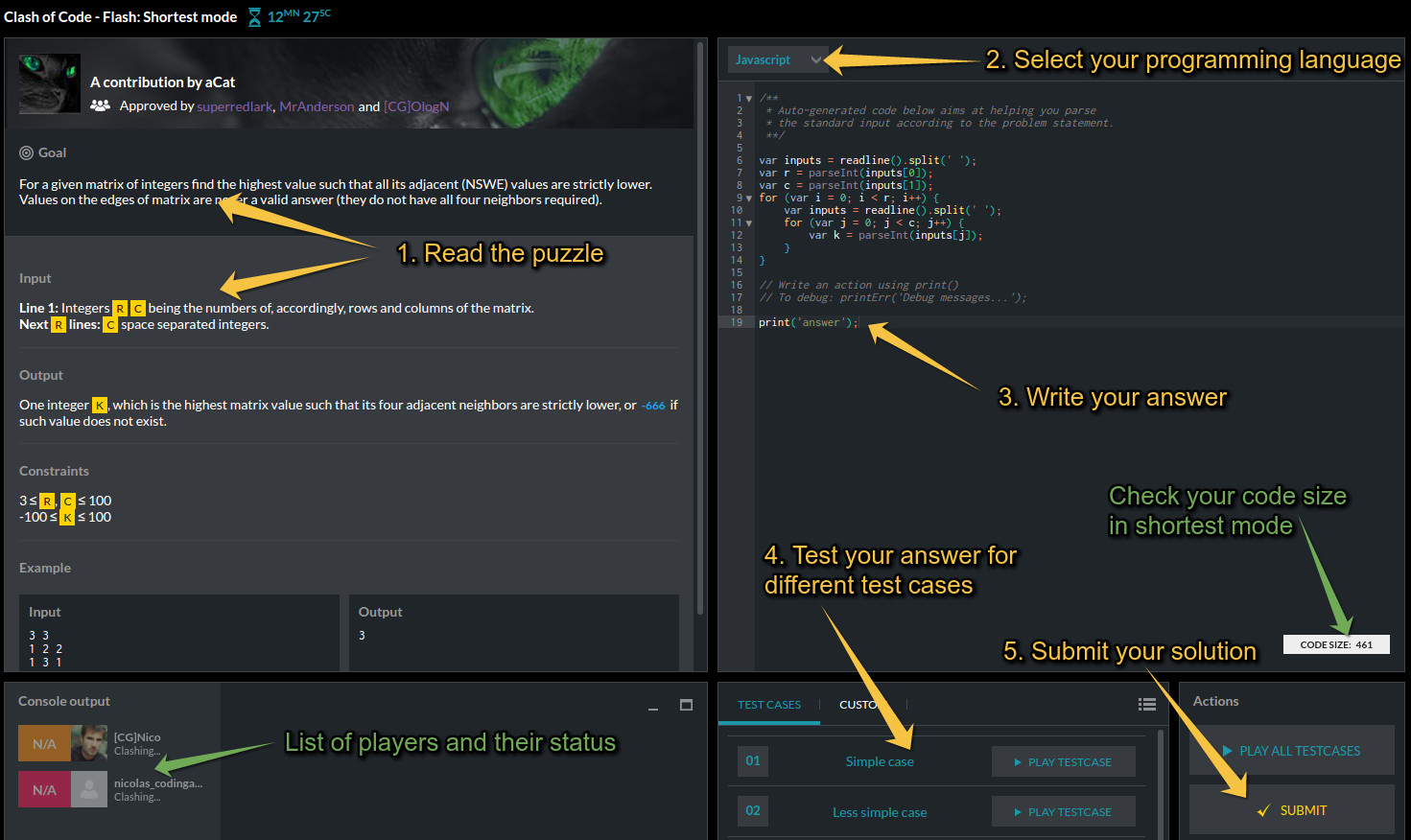 Clash of Code exercises are now created by the community. Anyone can propose a concept of Clash in the contribute section of CodinGame. It will then be reviewed and validated — if the exercise meets basic quality criteria — by experienced players of the community.

More than a year ago, as a measure to avoid bots in Clash of Code, we added a Captcha that is displayed to players who start a lot of Clashes for a short amount of time.

I understand it can be frustrating to play against people who manage to complete a Clash in less than 20 seconds, but there is most likely no cheating involved.

There are bots on Clash of Code though.

A few months ago, we realized that a lot of players couldn’t play much at specific times during the day (around 12 am GMT for example). Waiting for 5 minutes in the lobby because you can’t find any opponents is quite discouraging. Fewer players in Clash of Code because of few players: it’s a vicious circle.

So we designed bots with predefined levels to mimic players’ behavior. During a Clash, the bots copy a previous submission (code and duration) of a real player according to their level. Put simply, a bot with a high level will copy a random previous submission taken randomly in the top submissions for that Clash. There are bots of all levels but the probability of encountering a medium-level bot is higher.

Our bots can’t create or start a Clash but they gradually join a Clash until there are 4 players in the lobby, then they leave to make room for more real players. We design them to encourage people to play; if there are enough players around, they simply don’t play at all.

We have developed a bot for Clash of Code on Slack for those, like us, using it at work.

It’s quite simple: it enables you to launch a Clash directly from Slack so that your co-workers can join it. Besides the Slack integration, which is nice, there are two special features the official Clash of Code section doesn’t provide:

For more information about how to use it, check this out and install the bot from this page. 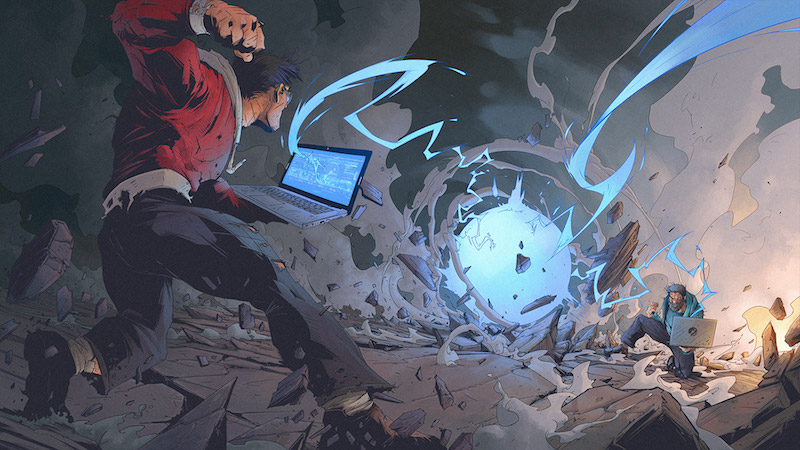 Earlier this year, we organized two mini-tournaments of Clash of Code at Onepoint and Talent.io in Paris. Clash of Code is already fun to play, but I can tell you, it’s even more fun to play it live with people.

Fred and I were thrilled to attend the two evenings and play with the CodinGamers who came. The two companies welcomed us in amazing venues and provided some snacks and drinks to keep our brains working!

More than the competition itself, we really enjoyed coding together for fun. There were, of course, some prizes for the winners (we had a private leaderboard).

Being able to talk to other passionate developers was a really rewarding experience to me. I learned a lot of interesting things at the tournament. It showed CodinGame isn’t just an online platform; it’s a huge community of developers who share their knowledge together.

I’ve spent a great evening with developers as friendly as they’re talented in the Talent.io premises. Thanks a lot to them for their welcome. Thanks also to CodinGame for organizing this Clash of Code event, hoping to see you again soon. Finally, a big thank to my codemate Pierre-Henri for joining me; the more we are, the more we code ^^. 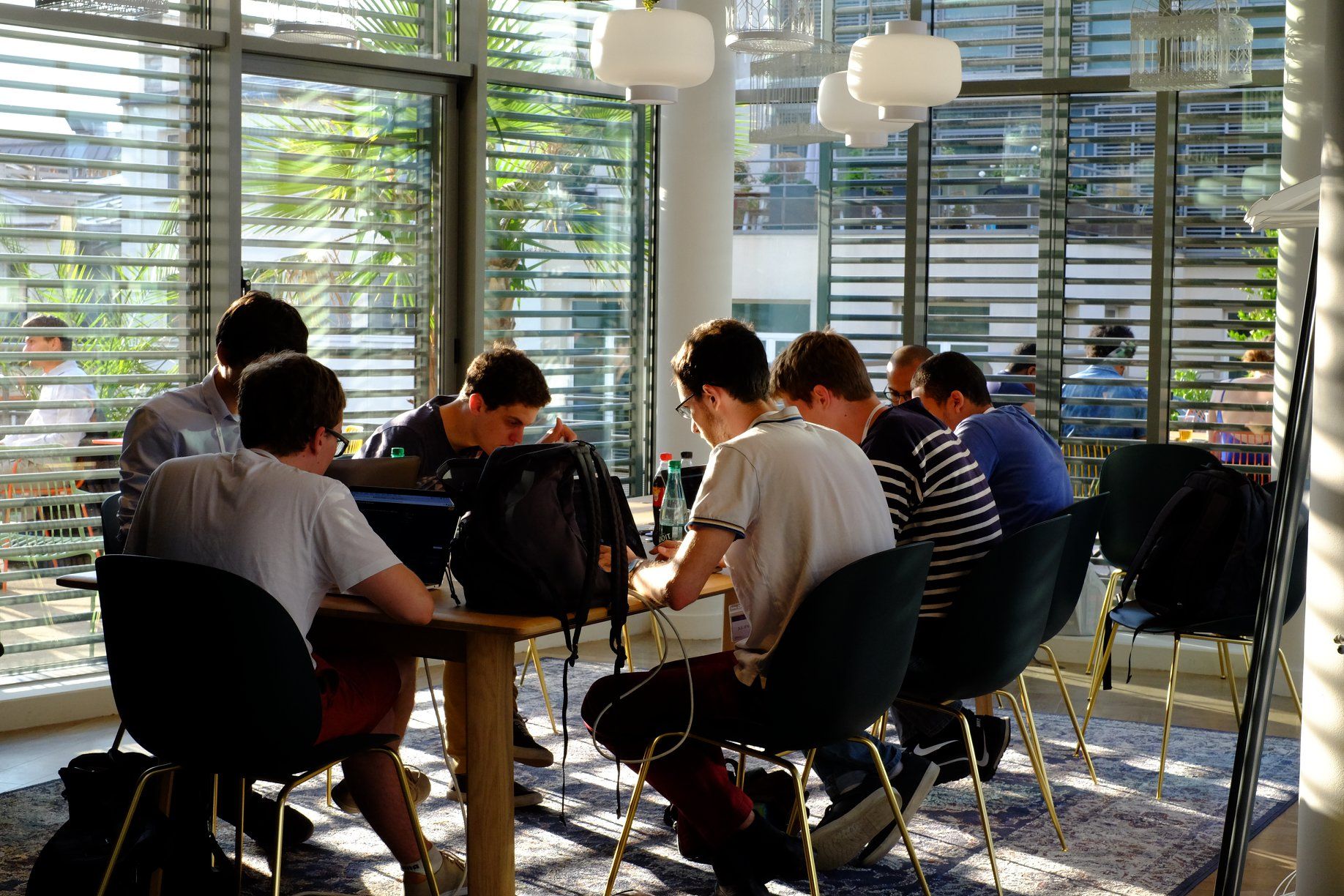 A room full of Clashers 😍 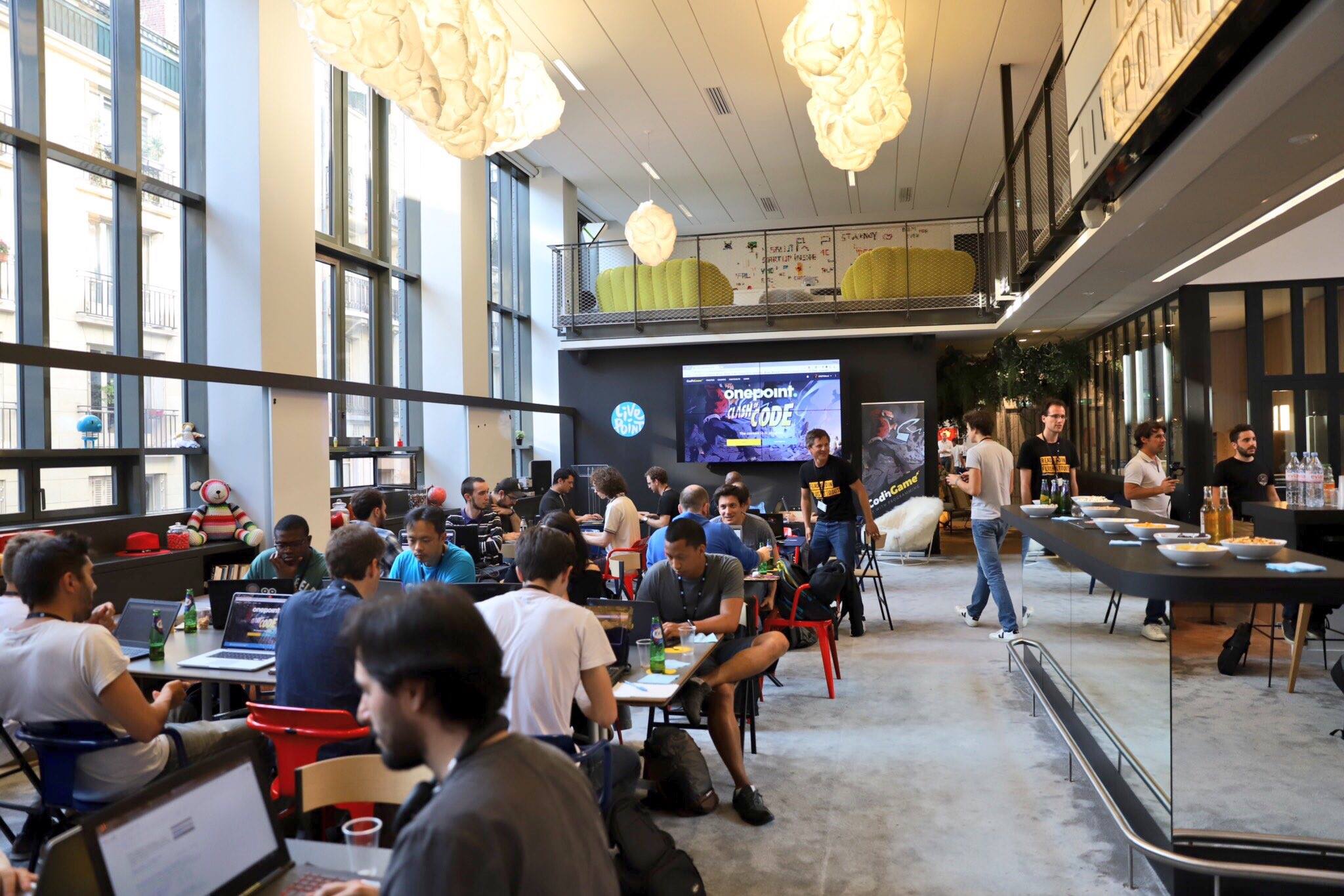 A few minutes before the competition started

Amazing view of the Eiffel Tower from Onepoint’s terrace

If you’re interested in hosting your own Clash of Code tournament in your company, don’t hesitate to contact us here!